Remembering A Legend: Herbie Herbert Passes Away At Age 73 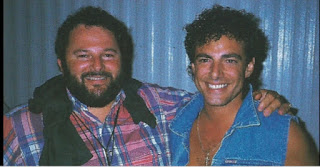 "I've come to the conclusion if you can't have Herbie Herbert as a manager, who needs one."Neal Schon
He was the man responsible for putting the band Journey together. Herbie Herbert was a roadie for Santana when he met the young guitarist, Neal Schon and singer and keyboardist Gregg Rollie.

Of course, as history tells us, he went on to build a new band with a talented group of guys, eager to rock and do their own thing. 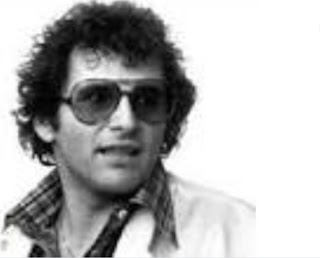 Neal Schon described him in a recent Facebook post, breaking the news that his former manager and friend had passed away at the age of 73.

He wrote a heartfelt message to the fans as and posted it along with a video, in which he played an angelic instrumentation on his guitar.

Herbie - A one man do it all show with Carlos Gregg and the rest of the band.

"I met him through Gregg Rolie and Jackie Villanueva ( Dr Brown ) We traveled the world together first with Santana then Journey. Shortly after we had completed the Caravanserai album

Herbie had decided to start a management company Approached me about managing myself and wrapping a band around my guitar playing and our long amazing Journey started when I said great let’s go.

I’ll cherish all the incredible times and trials and tribulations we experienced together.

Herbie was an incredible hands on Manager and fought like a mother f----- for all of us every step of the way.

I can easily say that without his vision there would have never been many of the innovative things that we shared.

I hold the greatest times in my heart forever. My deepest condolences to All that knew him and loved him.

with much love respect and admiration.

The memorials and postings of Herbert filled social media from his fans and friends alike.

"God's light to you Herbie...grateful to you for so much...

And thanks for the audition.

Herbert was also responsible for bringing in Steve Perry to replace Fleischman  on vocals in 1977.

Perry had this to say in 2017 at Journey's induction into the Rock N Roll Hall of Fame: 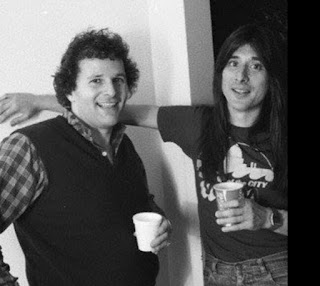 " Somehow...one of my demo tapes go into the hands of Herbie Herbert. I would not be here tonight if it was not for Herbie Herbert because..... because he did not have to call me. He gets tapes all the time. There's something about the demo tape and he called me. The next thing I knew because of Herbie I was writing music with Neal Schon and the very first song we ever wrote together was patiently... remember that? So, I absolutely must tell you ...I must thank Herbert Herbert for believing in me, thank you."

Obviously and understandably his friends and Journey members, past and present are taking his passing pretty hard,  which would explain the silence of Steve Perry. It took Perry over a year to explain his relationship and passing of his girlfriend Kellie Nash in 2012.

Schon has stated on social media his feelings.

"I've come to the conclusion if you can't have Herbie Herbert as a manager, who needs one."

"I've been very busy working and trying to heal from the loss ..."

Herbert was working on a documentery  covering his career before his passing and had set up www.HerbietheManager.com

Journey is expected to release a new album early next year, that will likely be dedicated to Herbert.