The Story Behind The Song "You Belong To Me" 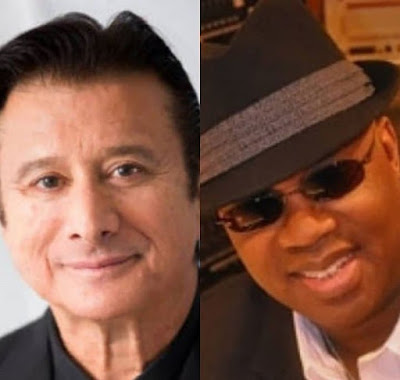 I recently did a phone interview with the talented songwriter, producer, and keyboardist Barry Eastmond. Eastmond has worked with legendary artists like Billy Ocean, Anita Baker, Aretha Franklin, Freddy Jackson, Britney Spears and recently, Steve Perry. I asked him about writing the song "You Belong To Me" with Steve for his 2018 "Traces" album.

" I was working in the studio...in a recording studio in L.A...doing a project for an artist... And the studio manager mentioned to me that somebody wanted to come by and look in the studio...and were interested in doing some recording there.. And I said sure,you know..and I was working,and the next thing I know I look up...and I'm looking straight at Steve Perry! And I'm...'Oh my gosh!' They didn't tell me who it was going to be so it was a big surprise for me!" And I acually was going to stop what I was doing to let him just kinda walk around and take a tour of the studio...And he was like 'No, man keep working! Keep doing your thing! I was right in the middle of cutting this really funky track...and he listened to it, man and he starts groovin'...and he's like 'Wow...Did you ..do that?' And I was like yeah.. I produced it...wrote it..Yeah...and He said 'Man! That's really hot!' And then I mentioned and I said that I've also written for other artists like Billy Ocean and Freddy Jackson and others...and he said'Really?....What songs did you write for Billy Ocean? And I mentioned 'When The Going Gets Tough"...and I mentioned "There'll be Sad Songs"....and he's like 'Oh My God...I love...There'll be Sad songs is One of My favorite songs!' and he proceeded to sing the chorus of "There'll be Sad Songs" to me in the studio and I'm freaking out....I run over to the piano and I start playing with him singing my song and I't's like definitely.. in the moment.. like 'Is this really happening?' And so we finish the chorus on the song..and as he sings the last note, I said to him 'And..If we ever wrote together I would probably write something like this....and I just proceeded to play something...And he's listening... and goes "Oh my God. Stop! Stop! I said, What? What? (Laughs) He said Give me your number! Give me your number! And said'oh cool'...So I gave him my number...And I'm thinking ok Well...you know..I'm in Hollywood...and he may never call me.. but what a moment it was to be with him...and for him to sing my song..and I played with him..And literally two days later I get a phone call..And he says 'Hey man...It's Steve Perry! How ya doing?"...'I'm doing great'....."What are you doing tomorrow?" 'Writing with you?' He said"Yep!"...And that's how it happened! As easy as that. That's what happened. And I went over to his place...and the next thing you know we're talking about music..and talking about stuff that he loved and he listened to... And as he's talking, I'm just playing his keyboard there... He heard these changes I was playing...He loved it..He said "Oh my God...Let's write...Let's write to that.. And the next thing you know we're writing "You Belong To Me"...It was coming together just like that. It was a great moment.I think we ended up writing like 5 tunes together over a period of like...like 6 months or something..It was just..yeah it was great.But he loved that song so much.That's one of the songs... that's the song he said.."I wanna get that done.."

Eastmond said he doesn't know if Steve will release the songs or not.He said that Steve usually does his on thing "They're great tunes. I'm hoping that one day he will revisit them..and check them out, and think about finishing the songs up.."

When talking about Steve and his voice, Eastmond discussed his excitement and what it was like to be around such a talented vocalist. "Man I'd just sit there in his apartment...and he puts on headphones...and you hear that voice when he sings...and I'm like yeah..that's the voice! I grew up listening to Journey man..I love that band...and it's really nice to have experienced that...you kmow,really and true."


Eastmond is currently finishing up an album with Billy Ocean that will be released early next year.

Hear more of the interview with Barry Eastmond and our discussion of Steve Perry and other amazing stories about his career by going to -https://anchor.fm/gary-stuckey