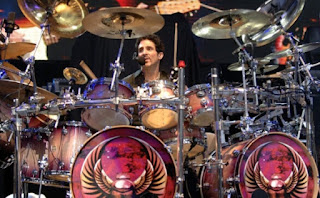 It's time to get excited.  Long-time drummer for Journey,Deen Castronovo,  who left the group in 2015 will be joining the band permanently.

Just this past week , a video showing Castronovo and bassist Marco Mendoza practicing with the band, surfaced on several social media sites.

Mendoza, according to reports, will be filling in for Randy Jackson while he is recovering from back surgery.

Guitarist Neal Schon confirmed on social media that Castronovo will be back full-time after responding to a fan on Facebook. 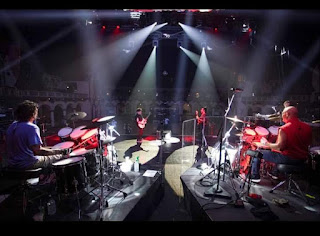 More pictures and videos of rehearsals have appeared on Facebook and Instagram,  mainly by Schon's wife Michaele,  who has been posting wonderful videos ans pictures of  Neal and the band for years.  She even gave members of Journey their own special Lollapalooza jacket. They will be playing there on Saturday July 31st and their first gig tonight at the Aragon Ballroom in Chicago.

Castronovo has been posting his excitement online the past few days. He mentioned in an interview with Real Music with Gary Stuckey last year, that he misses playing with the band.https://anchor.fm/gary-stuckey/episodes/Deen-Castronovo-Interview-eie6rl

"I'm not gonna lie. I miss doing those songs.I miss being in the band. I would be lying if I said I didn't. "

Castronovo was let go from the band after legal issues and he understands that he messed up. Not going to go into those issues here.

He has long since paid his dues. And now it's time for a second chance. Forgiveness is a good thing.  Who says you can't go back again and have a "Journey Through Time."