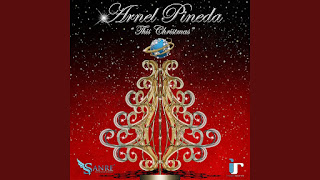 by Gary Stuckey
Arnel Pineda just celebrated his 13th anniversary as the lead singer of Journey. After 2 successful albums
with the group(and a new one on the way) and several extensive tours, he has definitely established himself and secured his spot.
Following in the footsteps of former lead singer, Steve Perry is no easy task and Arnel has even gotten approval from the Voice himself. Pineda has even had solo albums and side projects that have kept him busy too.
Journey was about to embark on a tour with the Pretenders and then the pandemic hit. Everything came to a crashing halt. Touring and music have been put on hold until next year. To say 2020 has been a rough year would be an understatement. 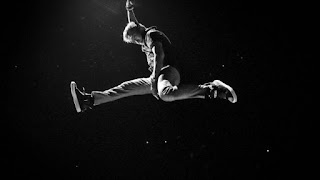 But the year looks like it will be ending with a Journey theme for the holiday season. Steve Perry
just released a new album; Traces: Alternate Versions And Sketches on December 4th. Journey guitarist
Neal Schon is set to release his album Universe this week. So I guess it is only fitting to have something new from Pineda.
New Christmas music that is. He released Sounds of Christmas in 2015, and on that album was a
song he wrote called This Christmas. Now he has redone that song with a surprise guest singer,
his 8 year old daughter ,Thea. This Christmas: A Beacon of Hope is the new single, just released in
time for Christmas.
"Because of this pandemic we are all gripped with fear and paranoia." Pineda said in a recent interview.
"...We still have these front-liners that are doing the work for us. They're still protecting us, you know,
delivering the food...trying to heal us, the doctors, the nurses.. This is what my song, This Christmas
is all about. This is about people who are willing to be a Santa for someone helpless, or hopeless or
is in need of cheering up."
Pineda explained in the description of the video for his new Christmas song:
The Year 2020 has brought many challenges for all of us: Taal Volcano eruption in January, Typhoon Vamco/Ulysses in November and the ongoing COVID crisis. Every single one of you has played the hero one way or another. Thank you for your commitment and dedication. Thank you for your collaboration, compassion and courage. Thank you for providing exceptional care and - most importantly - thank you for giving us hope during these uncertain times. Love, Arnel
May I be your Santa?
May I bring you hope
May I be your hero
In the name of freedom
This Christmas?
A great song indeed. We all need to be someone's hero...someone's Santa...someone's friend, this
Christmas. Thank you Arnel. Thank you Thea!
Hear the touching song below.        MERRY CHRISTMAS!
.