Don't Stop Believin Is Good For Your Health 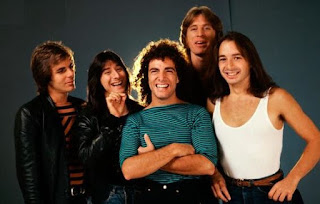 We love Journey. We love the song "Don't Stop Believin." It has a positive message and has always been an anthem for many. The song,which turns 40 years old next year, used for movies and television shows, has recently been used at hospitals all over the country. As patients have been recovering from Covid-19, Don't Stop Believin' is played over loud speakers upon the release of each patient.

The three songwriters of the hit, Steve Perry, Neal Schon and Jonathan Cain have posted about these awesome occurrences on social media. Upon investigation, being a reporter, I have been studying on the effects of positive music on the immune system. It has been proven by scientists that positive songs boost the immune system and may help fight off disease. Scientists have also found that after listening to just 50 minutes of uplifting songs, the levels of antibodies in volunteers increased. The song Don't Stop Believin is one of those type songs. Upon listening, the excitement builds up in the listener, which affects the brain, biomarkers and hormone levels. Inside the body, Immunoglobulin A responds in a positive way and aids in maintaining a steady boost of the immune system. 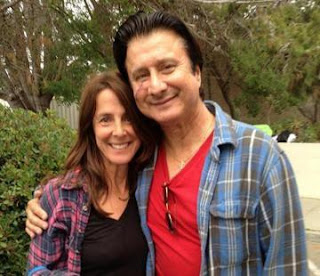 Researchers say that this type of music reduces cortisol levels and also reduces anxiety as the music plays. Martha Quinn, (pictured here with Steve Perry in 2013) known for being one of the original VJ's on Mtv, spoke in agreement with me on her live video recently on Facebook. She is currently a DJ at Iheart 80's radio 103.7 in San Francisco. "It has been proven that when you listen to positive music it boosts your immune system. This is very true. It boosts your feel-good hormone, your dopamine, and that is so good for your body. It reduces your stress, and they do find it happens with 80's music." Of course listeners in San Francisco should know, Journey was based out of San Francisco. And Martha is a huge Journey and Steve Perry fan. I named her the Queen of the Steve Perry Movement a couple years ago. She has lived up to her name, playing positive 80's music, including Journey and the voice himself. Her positive attitude inspires me and definitely aids in healing as listeners everywhere enjoy her show each day.

So, the music played by hospitals, this wonderful song, Don't Stop Believin', performed by the best band ever, Journey, and sung by the greatest singer ever, Steve Perry, is playing a big part of healing those who are suffering from Covid-19 and many other diseases that effect the world. That should be something to shout about and a reason to keep listening. A reason to "Don't Stop Believin'! 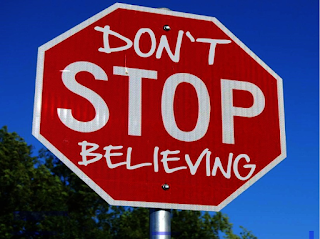 For more Steve Perry and Journey news check out my podcast
anchor.fm/gary-stuckey
and my Youtube channel
If you would like to donate to help me I would appreciate it
paypal.me/GaryCStuckey