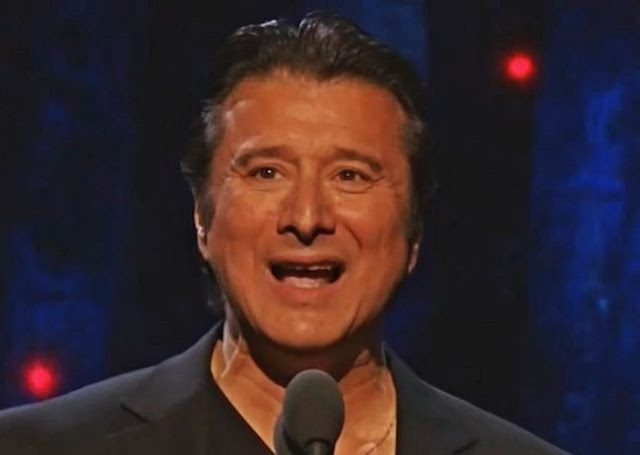 Steve Perry, the Voice himself answered some questions on Monday that were posted on Facebook and Instagram, concerning Steve's new single "Sun Shines Gray." The song is upbeat, mixed with the rocking guitars of John 5, who also co-wrote the song. 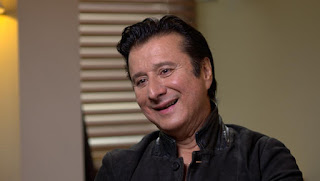 Judy Ann:
Thank you Steve for sharing your incredible talent. Your songs, your voice, truly connects emotionally with your audience. In my humble opinion, the way you communicate through your music with your beautiful voice is what makes you a once in a lifetime singer! It’s raw, it’s honest, its inspiring, it’s beautiful! I appreciate that so much! It’s nice to have you back! Traces is a masterpiece! John 5 and you are polar opposites in music genres but you two got together and made an amazing song. How did you know that you two would colaberate so well musically?

Steve Perry:
Writing music is a interesting process to see what shows up. We are not so different musically than you think. He's one of the most versatile players and can do anything. His country guitar picking is from another world and is off the hook good too. He's a great writer and has many good guitar ideas which inspired me to come up with melodies.

Susan Moorman Heald:
Thank you for your music. It takes me back to a place I forgot had existed. Wonderful memories flow back. Question: What memories inspired you to write Sun Shines Gray?

Steve Perry:
Well this is my emotional answer from a good question. The song certainly has Loss in it but it also has hope and joy mixed with deep questions. Some deep internal enquiries too but, I think the melody and the track are so beautiful that It allowed me to go in to some dark questions. It's an emotional balancing act writing and recording music. In the end the song is a happy joyful reflection of being lost in a memory of a wonderful real moment that actually happened along with questions I'm asking myself.

Gary Stuckey Hey Steve! How was the recording and writing process of this song worked out? Did John 5 have a lot of input in the direction of the song?

Steve Perry Hi Gary, Once John 5 and I had sketched up the original idea, including the solo, he went back on tour and was gone from the rest of the recording process. The lead melody and harmony parts were my original voice sketches so I keep them and added more to them in my studio later. Josh Freese on drums was one of the first additions to the track and then came more Guitars. My engineer plays guitar so we added more. It's one of my favorite songs but once I've worked on them as long as I do, they all become your children, You love them all for different reasons.

Drema Keller:
Absolutely love the remix of Sun shines Gray! How did the name come about, specifically the Sun Shines Gray? I love the different highs and lows of the music but also your voice. Thank you for releasing this album!

Steve Perry :
Thanks Drema, John 5 came over my place and that day had a very gray colored sky and we started sketching some ideas over a drum Loop I had in my lap top and he said, It's kind of a dreary day out there, it's all gray and you can hardly see the sun. Then he said, "The sun is shining gray." I said, Sun Shines Gray! That's a great title John.... BOOM..... we were off to a great start.

Charlotte Jones
Hello Steve!! !'m interested In the lyrics of this song Do you feel particularly emotional (obviously lots of heart went into this and many of your songs cause that's how you roll.) But when you hear it now not when it was written or maybe it's the same but what emotion are u feeling...now overall? I get a bittersweet emotion. Just fyi lol you didnt ask me. But I do love this song.

Steve Perry:
You are on it. When it's written, there's one kind of connection to it emotionally, but as it starts to grow, the emotional connections start to change. It starts with a simple seed of an idea, and then it has some hopeful moving emotional moments that inspire more of the same. This continues all the way through overdubs to mixing to mastering to listening to test cuts on Lacquers which end up as vinyl test pressings, and all of that needs to be "Emotionally" approved so the original emotions are still there all the way to the end. Much can get lost along the way....... The lyrics, melodies and the music deserve this attention to detail. 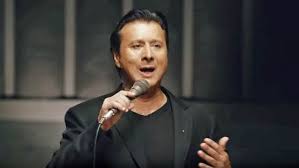 kitmiracle4:
It sounds wonderful! Where did you remix the song? Do you do most of your own mixing and production? Do you have a favorite time of day to spend in your studio? I have loved you for years
Steve! So glad you are still sharing your music with us! I've been waiting patiently....

Steve Perry:
@kitmiracle4  I have my own recording studio and with my engineer everything is done there. Recording, over-dubs, mixing, then it goes to Bob Ludwig who masters it and sends it back to us and in the same studio (our point of sonic reference) More decisions are made.

missy.tower:
Love the new mix. Just wondering if the lyrics contain metaphorical comparisons to your loss of heart for the grueling industry....even though us fans are ecstatic you have returned!!!!

Steve Perry:
@missy.tower   That's great Missy, because it was and is now even more of a grueling industry. Somehow it will always comeback to music for without music there would be no Music Business. The music business once knew that but times have changed.

garycstuckey:
Hello Steve! The song "Sun Shines Gray" is the "heaviest song on Traces of course. Was it always
your plan to record it that waywith the arrangement of the guitars? Or did you gradually get to that point?

Steve Perry:
@garycstuckey I love rock, but I'm kind of a picky lover of rock meaning:
I like lots of guitars but I really need them to have serious musical purpose and not just be there for the sake of Loud Size. The electric guitar is such a powerful instrument that it needs to use that power in a serious way or don't be there at all. I love powerful Gitz on my tracks....It can make me sing in ways I would otherwise not do and that's a good thing.

gentlemanpirate_17 What was the idea behind the verses being song like a soul song? You seriously
are a great soul singer!

Steve Perry:
@gentlemanpirate_17  That's a dream of mine to be able to convey some soul in my vocals like I use to listen to when I was growing up. The music of my youth is all that I do as is the contemporary music of  today. I want my vocal performances to be believable and that means not settling til I'm ok with them.

Here are the Q and A's from twitter on the following Tuesday:

SandyKinney@SannyKinney
Steve I have this album on vinyl and It is so awesome and sounds so warm! I love how you and John 5 sound together and this song does rock! I was wondering if you are considering working with John 5 again in the future! Thanks so much for the music and great memories. Love you

Steve Perry:
Yes I want to and I'm looking forward to working with John 5 again. He was so busy at the time we first sketched SSG that I didn't have the pleasure of working more with him. The next time We will have to be sure to make some room for us to hang, write and record more too !

Cynthia@summerchild810
My question: The title and lyrics seem to be a contradiction to the upbeat tempo of the song, what was your reasoning behind this? Im actually hoping for more upbeat/rock songs

Steve Perry:
Songs have no rules. We can have mixed feelings and so can songs. Sometimes music can help me or others figure out our emotional complexities.

SueDubreuil@SueDube2502
Hi Steve, The verse containing: We only give as much as we can show
Do you know What you want before you go? Were you speaking of the inner turmoil we sometimes feel in relationships and that we need to evaluate what we need and want before saying goodbye?

Steve Perry:
Yes. We're all so scared to give more of ourselves than we feel comfortable to do. That for me is a safe limit placed on one's self. I understand it but I don't like it. I always try to push against that wall to give more than I feel safe to. A quest that can go on for a lifetime

Also on Instagram, Steve answered another question on Tuesday...

bloomerp1952 You never disappoint. My question is about the last third of the song with the high notes. It sounds like voice then at the end going into instrumental. How did you do that last part and how did you decide to add to it? Much love...

It's a high vocal falsetto singing I can do that I have done on many tunes.Same type of singing on the "Wheel In The Sky" solo and the "We're Still Here" solo. I like high stuff like that and I just overdub my voice to on top of what's there. I like treating my voice like another instrument with other instruments.

Check out my Podcast "Real Music" at www.anchor.fm/gary-stuckey