The Voice Is Back: The Long-Awaited Return of Steve Perry 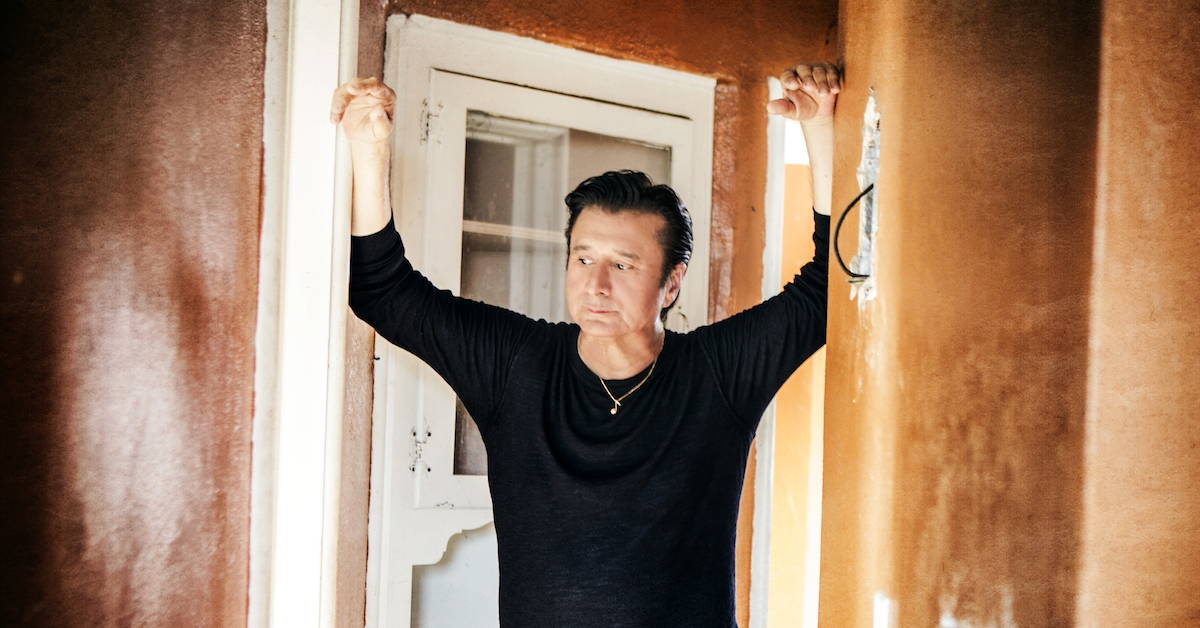 Steve Perry has a new album coming out have you heard? If you haven't, you've probably been living in a cave.Perry, who made an appearance on American Idol in May, showed up in a studio harmonizing with Toad the Wet Sprocket, then a there was a surprise leak on Facebook of Steve doing an interview with CBS Sunday Morning. Then, before all he excitement could die down, he appears online with a post on his Website, "It's been a long time comin'" Before you could blink an eye, a leak of his album appeared on Amazon and Itunes, and a sample of his first single "No Erasin". A video of Steve looking much younger than 69, showed up soon on his website and on his YouTube Channel. The video, currently with over 2 million views, was an instant success with fans. The song made it to the Adult Contemporary Charts, #29 and has been played on many radio stations thanks to his radio interviews via a current span across the country.

Steve gave accounts of where he has been for the past 20 years and explains why he left. "We (Journey) worked really hard." Steve said in one interview. "We were very fortunate to have that kind of success.And that means you're going to work extra hard at it because you are successful. We were playing big venues, and it seemed like it never was going to stop.Which I loved performing for the audience....But, umm at the edge of leaving I would say I was getting so 'crispy'. I was just burnt out."
Perry explains that while he grew up loving music, and the music saved him when his parents split up, he eventually lost the love for it."That's what you call burnt out!" Perry said with a stern voice,"The only thing that made sense to me was going to be a very unpopular decision."  He had to tell his band mates in Journey he was leaving.  "I had to take care of myself. I had to just stop," 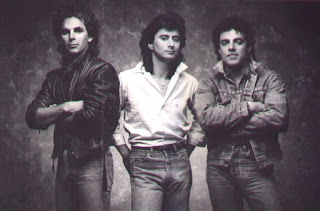 Perry walked away from Journey in 1987, leaving behind all of the thrills of the rock and roll lifestyle. He repeats similar stories in different interviews, not mentioning certain aspects of his life between his departure from the band and his return. Certainly "the Voice" has very good reasons not to speak out on certain things. He is keeping his interviews in a positive mindset, and is very determined to move forward in his life, keeping the joy of his music and his feelings alive. There is nothing wrong with that. 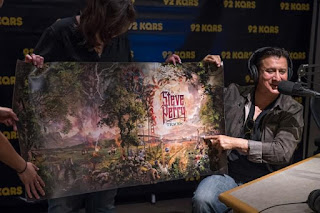 Perry's new album Traces, which is set to be released on October 5th, will include songs that deal with his life, and reflective of the images on his unique album cover filled with clues that leave many guessing. One image, in particular, is an image of a dove perched on a white Stratocaster guitar that resembles ex-band

mate Neal Schon's guitar. The dove has an olive branch in his mouth which signifies peace. It gives us a hint that Steve is ready to extend an olive branch to Schon, who has reached out to Perry this summer. Schon has been mentioning his desire to work with Perry and has been doing so since the rekindling of their friendship at last year's RRHOF award's ceremony.

Perry says his return to music was a promise he had made to his late girlfriend Dr. Kellie Nash, She passed away in 2012 after a battle with breast cancer. Perry who expresses his love for her in each interview, always filled with sincere emotion, gave heart-felt details that touched his listeners and he explained,"One night we were talking and she said, 'Honey, I need to ask you a question....If something were to happen to me, make me a promise that you won't go back into isolation again..and make this all for naught.'.....That was a huge moment...and I just said 'I promise." Perry explained that he got help from professionals with "psychological assistance" which helped him recover. "I started writing....and it opened my heart up again." he said.
Perry has that loving feeling again and his restored desire reflects his first single from the album, which was aforementioned ,the single called "No Erasin'' which contains the lyrics "my soul's burning, just like it was before." The song is about a couple who rekindle their love at a high school reunion, which Perry adds that it is also about relationships that you can't erase,possibly hinting about the band Journey. Perry when asked about a reunion with his former band has stated that "right now" he wants to focus on his music.
A second single from the new album, No More Cryin' was released on September 5th and reflects various feelings of emotion that Steve has no doubt encountered in his life. A video was released on the same day and looks similar to it's predecessor, but in this video Perry looks intently into the camera to let the audience know that he means what he is singing. The sound of the guitar and bluesy organ give a very retro sound to the tune, with Perry hauntingly expressing, "No I won't love again...no I won't....no I won't "as the song fades with an instrumental.
As the release date to Traces draws near, Perry, in addition to his interviews, has made a trip to London to visit Abbey Road studios. His vinyl album was cut there and is the place where the Beatles recorded many of their albums. One album by the Beatles, recorded in that unique studio, was Help, which contains the song, I need You.  That song was recorded by Perry and also appears on his new album, which he stated that he always heard as an R&B song.
In addition to all of the musical excitement, he has started a new Facebook page, in addition to his other one, called "The Official Steve Perry Group Page" where he is an administrator and one of the mediators. He is giving fans a chance to interact with each other while slowly becoming more open with the fans, especially in the form of a social media experience, He has recently labeled himself a "social media cat."

Perry recently recorded a short video, released on his YouTube Page and titled it, Inside Traces:No Erasin' and he discusses the making of the song mentioned. Perry gives a play-by-play of each part of the song in great detail, using hand gestures and expressions with his face that give away his excitement, You can almost see the fire burning in his eyes. He will not be slowed down as there is talk of an upcoming tour following the release of his album. Yes it seems that Mr. Perry is back and continuing to leave his mark on the world. Just look at all the TRACES that he is leaving behind as he blazes a trail into the future. Don't Stop Believin' indeed!

Be sure to check out my Video Blog....Steve Perry News!  https://youtu.be/pLECkBzDj3c
and SUBSCRIBE TODAY! :)