Steve Perry to do interview with CBS

For singer Steve Perry, former frontman of the band Journey,  life is about to change once more. No more casual appearances at San Francisco Giants baseball games or quiet visits to the grocery store. Sure, the 69
year-old has kept his fame intact, but a new
generation is about to get an in-depth glimpse into the life of "the Voice"
of the 80s generation. On Sunday, October 7,
on the CBS t.v. program "Sunday Morning ",
Steve will talk to interviewers about his life
experiences and what he's been up to these
days. Sources online have confirmed this information and pictures have been posted
of Perry in his hometown of Hanford,CA..at
various sites where the interview was conducted.  Inside information has declared
that Steve will be releasing an album soon after the airing of this broadcast. Perry made a surprise appearance last month in a recording studio with the band "Toad the Wet Sprocket, and sang harmonies with them. Footage can be seen on their website.
Steve Perry,  who has in recent years denied<br /> rumors of his reunion with Journey, made
a surprise appearance on American Idol, in support of Gabby Barrett,  who sang the Journey song, "Don't Stop Believing ." The show aired live, ironically the night before
Journey's 2018 tour. Also, coincidentally,  the CBS interview with Perry airs on October 7th..the final day of Journey's tour with Def Leppard. Perry fans have been waiting for 24 years for a follow-up to 1994's "For the Love of Strange Medicine."
It has been 22.years since the release of Perry's last album with Journey,  1996's
"Trial By Fire."
So, will there be a Steve Perry.single released anytime soon? Will Steve Perry
ever get back with Journey? Never
say never...and definitely Don't Stop Believin'!!! 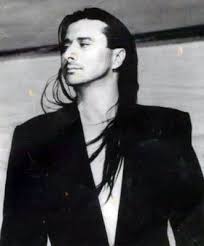